Shangri-la once was a fictional place. A mythical Buddhist monastery lost in the Himalayas, stronghold of wisdom and happiness, where it’s inhabitants didn’t age. This was a novel Created by British writer James Hilton in his 1933, “lost horizons”. After that in 1937 the Frank Capra’s film based on the novel ended popularizing the Shangri-la myth.

But in reality, Shangri-la does exists. Is located in South-West China, in Yunnan province, near the Tibetan and Sichuan borders. 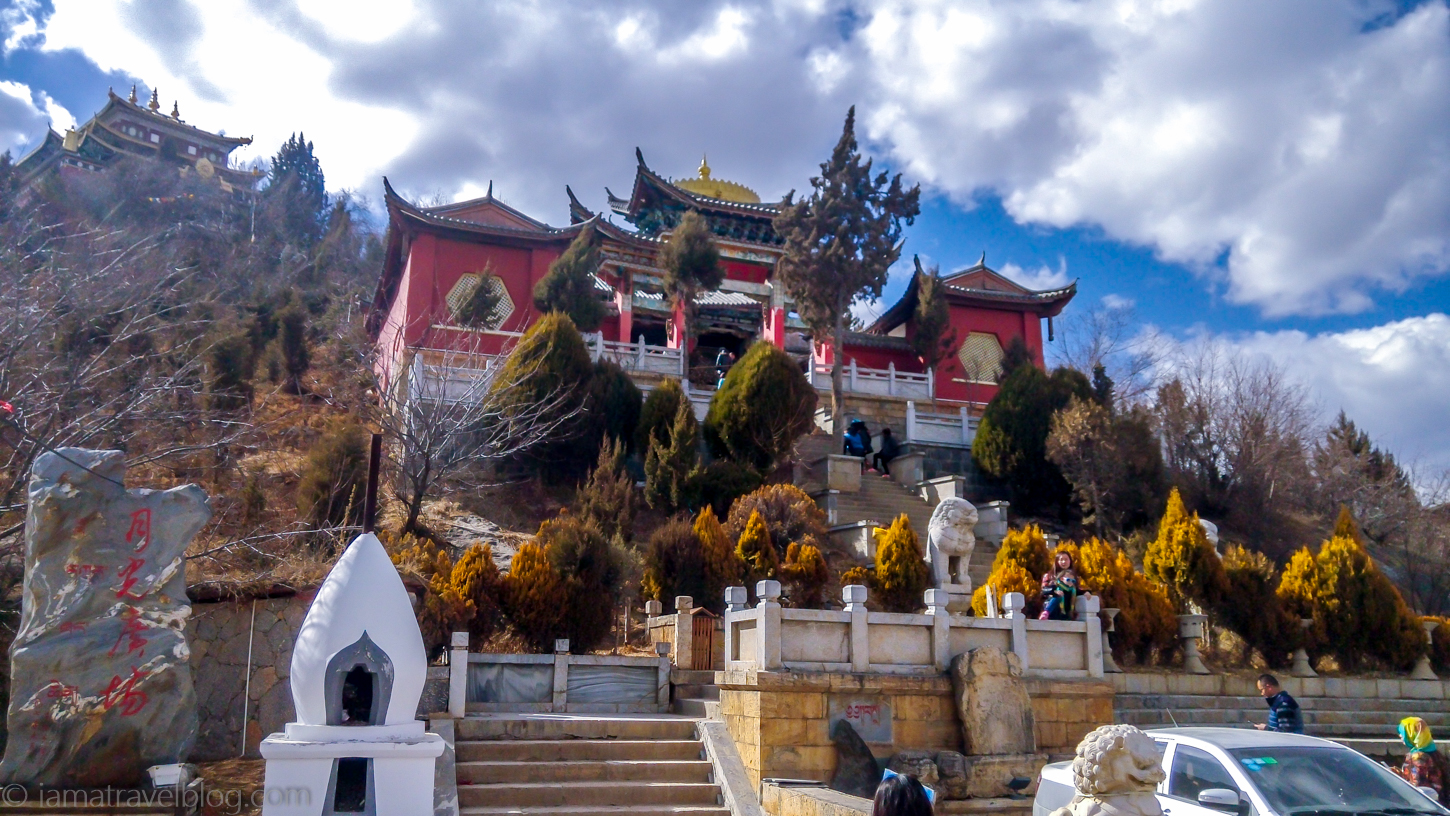 Then, what happened?, was Hilton not in fact so whimsical?. There’s a more pragmatic explanation. The Chinese Government, aware of the tourism potential of the name, renamed the former city of “Zhondiang” and its annex monastery to the name of Shangri-la. Yeah, that easy. Trying to attract both media and tourism, in a clear wish of making Shangri-la the next Lijiang.

This indeed yielded good results: since the name change, the number of tourists have multiplied in this remote Chinese town of Tibetan culture. Surrounded by endless plateaus where Yaks and Tibetan horses ride down the hills. Very far away, are located the high peaks of the Himalayas, that can be seen from there. So is it worth making the trip to Shangri-la. Knowing that is it a Judas?, and just a marketing product. I kept asking myself this while i was on the road trip.

My doubts where gone when I finally saw the great Buddhist monastery of Sumtsenling, reflected on the Lake, with sparkling curved eaves as the Golden roofs, trimmed in a clear blue sky for most of the year. This great view alone justifies the trip. 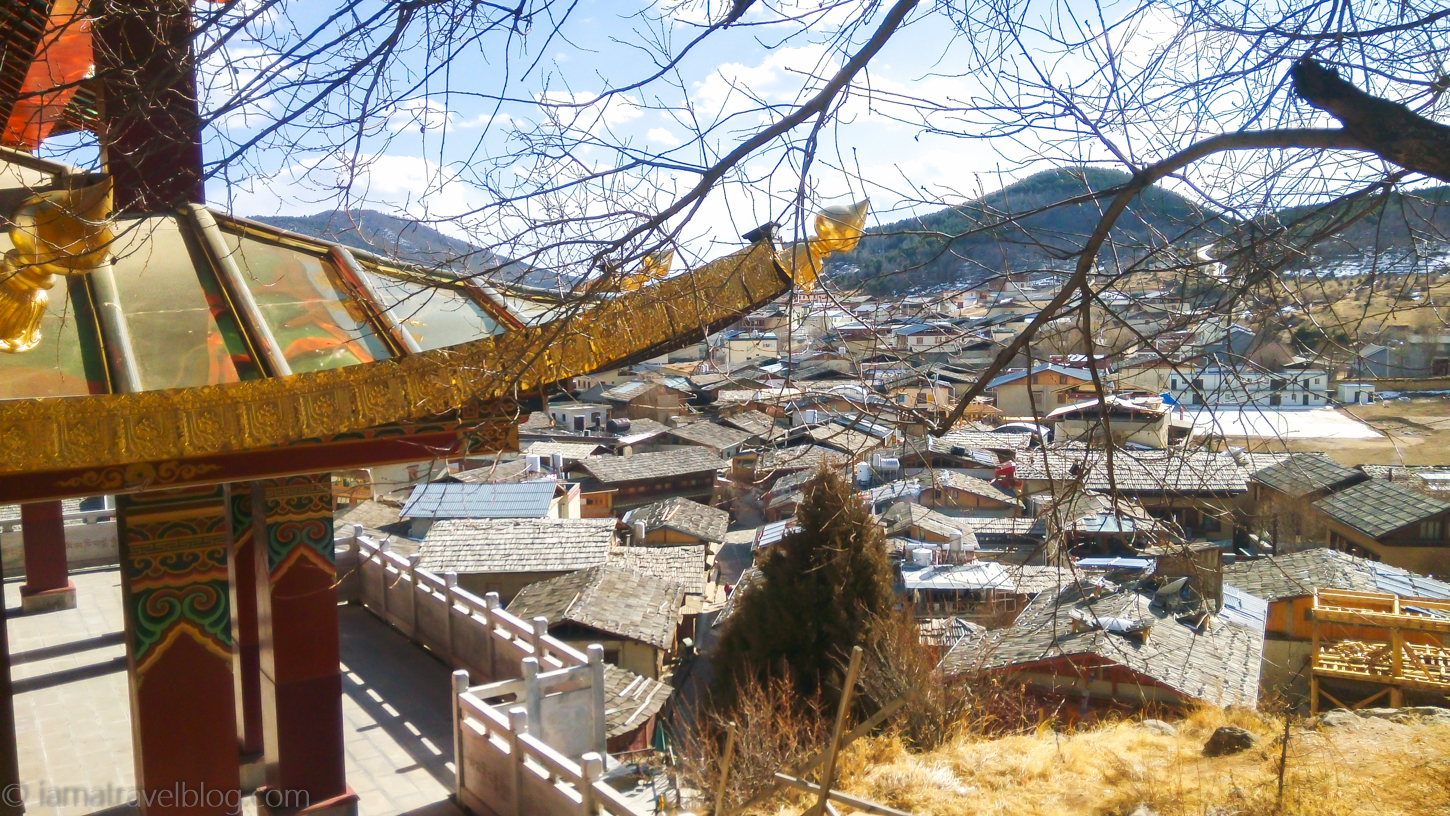 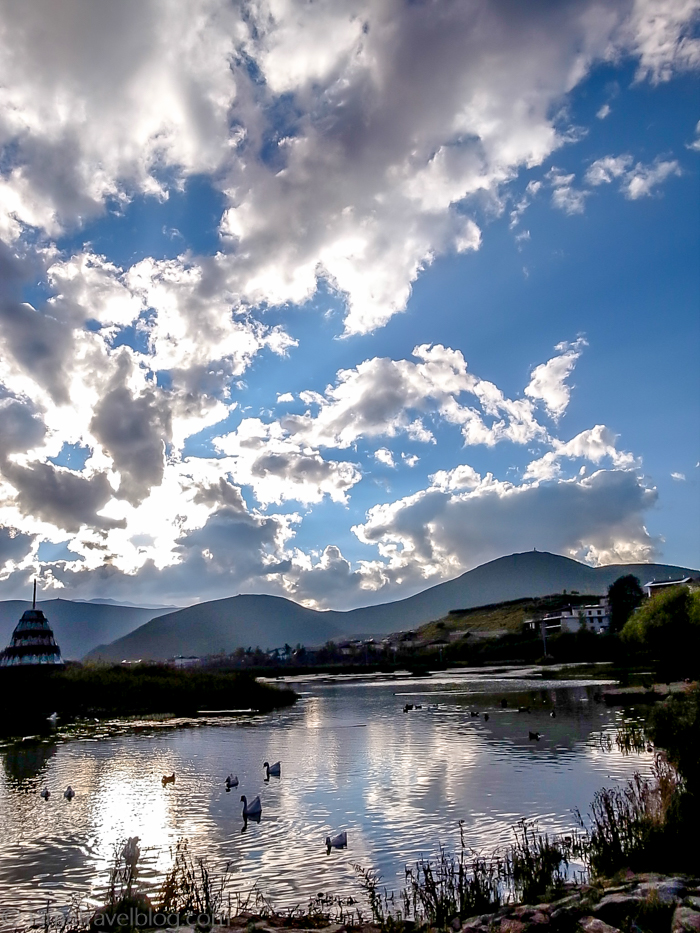 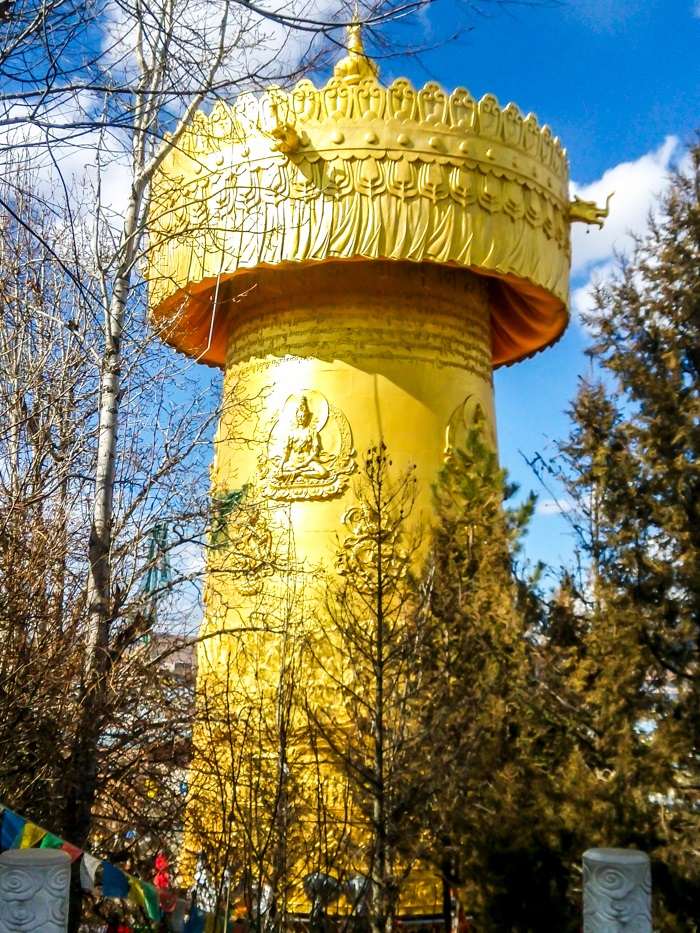 “Sumtseling” is one of the great Chinese Buddhist centers and one of its most photogenic sanctuaries. It was built at the behest of the Dalai Lama V in 1678 and consists of three temples, the main of which is dedicated to the Buddha Maitreya, the Buddha that is yet to come. About 400 saffron robe dressed monks are responsible for maintaining the monastery.

Comparing “Sumtseling” with Lhasa’s “Potala” is common among travelers. It is true that this Chinese monastery is smaller than the one at Tibet’s capital, but while he is at the center of a town, surrounded by houses, Sumtseling is in the middle of a superb, and open landscape with a small Tibetan village annexed to one side and a lake, surrounded by steppes to the other side.

The trip was complemented with a stay in the old town of Shangri-La (ex-Zhondiang town), which “was” one of the best examples of traditional Tibetan village in China. And I say “it was”, because in January 2014 a gigantic fire caused by a tourist in his room destroyed more than half of the wooden houses of Shangri-la town.

The burned surface is now a huge plot, a painful hole in middle of what once was one of the architectural jewels of the Tibetan Yunnan. But it won’t be for a long time: the reconstruction works have already begun and it is estimated that in a couple of years old city of Shangri-la will re-emerge looking again like before (maybe), although half of the homes are newly built they try to respect the original model.

The other 40% of the old town remains the same, full of hotels, Tibetan restaurants and souvenir shops for the scarce western backpackers and Chinese tourists. The two pagoda temples at the hilltop of Shangri-la stay pretty much the same. When the illuminated at night they emerge on the Tibetan plateau, looking like two lighthouses illuminating the whole valley. Reminding us the city experienced past moments of splendor.

At night, you can stop by to the Moon Ethnic Concert Bar, in the intact part of the old city. It’s a bar-restaurant with typical Tibetan live music, they play a mixture between rock and Tibetan folk music. All well watered with dozens of Dali Beer bottles, included in the price of admission, and glasses of tea that housekeepers are responsible for filling continuously, (asked for or not). These are the contrasts of Shangri-la in china; A marketing invention, but still highly recommended to visit. 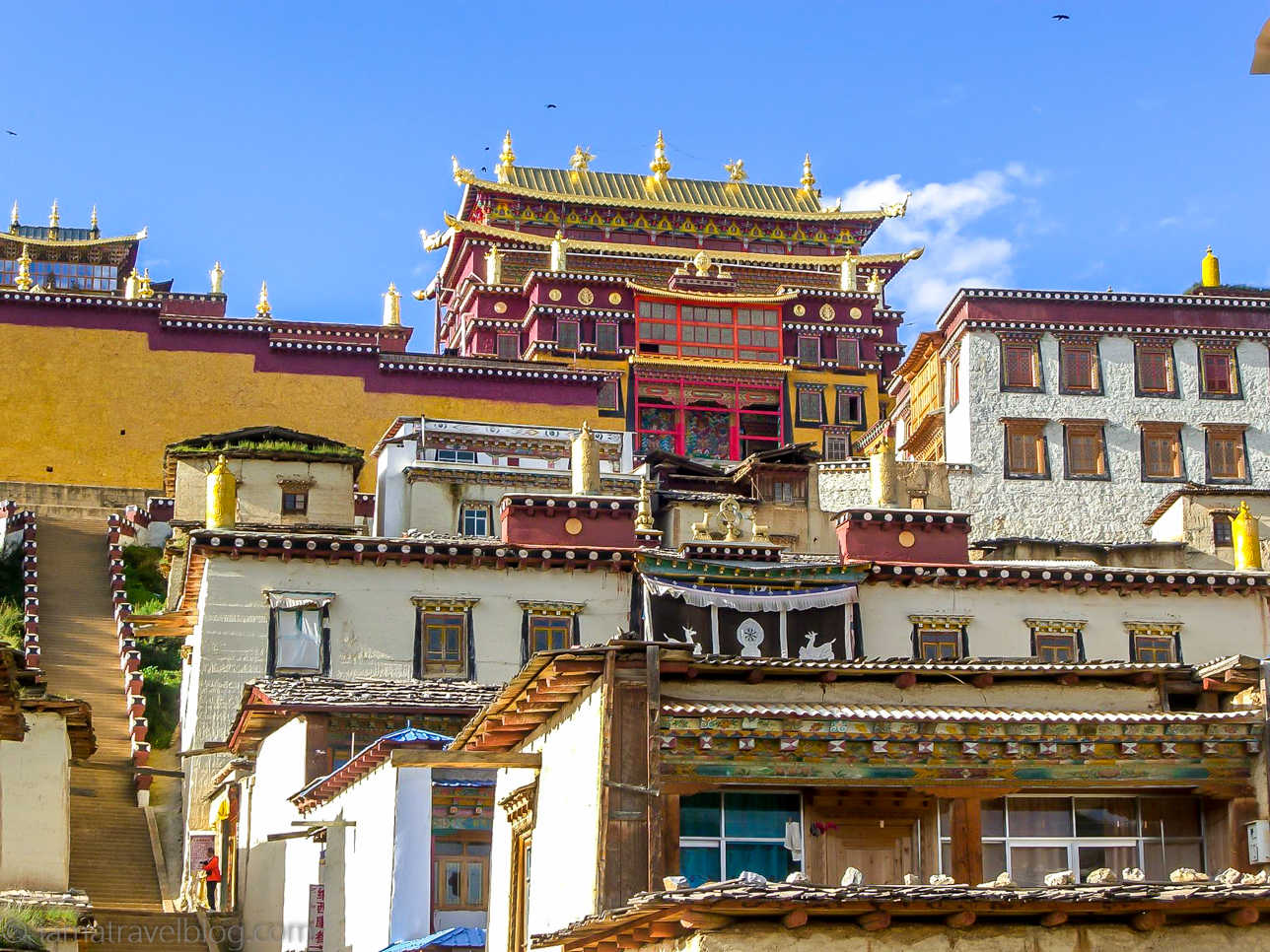 HOW TO GET THERE: 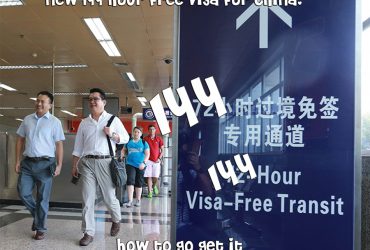 144-hour visa-free for China got implemented last January 2016. It aims to promote tourism and …
More 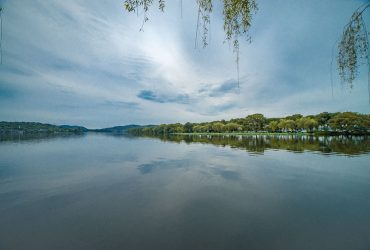 Hangzhou West lake is to China, what New York’s Central park is to the USA. …
More 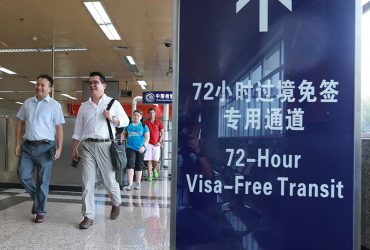 This type of visa basically, allows a visitor on transit to another country with the proper …
More 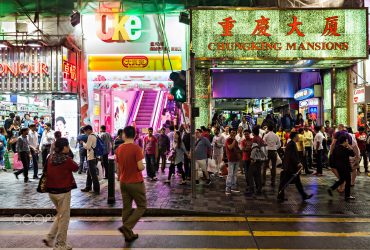 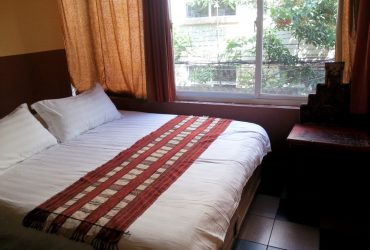 Kunming is the capital of Yunnan province, located in China’s southwest. It has roughly a …
More 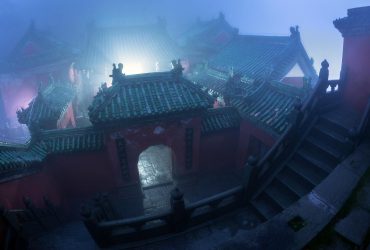 Shiyan is a prefecture-level city located in the Hubei province, central China. Not really far …
More